Manila-born Felino Dolloso has the ability to burst open the raw nerve of universal humanity, as evidenced in “It’s About Survival” (2012). Chip, a middle-aged office jock has an ambivalent reunion with his estranged gay son, thinking he can cure him through violence.
“The King’s Seed” (2012) is a more tender, smaller and personal film following the true stories of three young teenage boys living in Western Sydney, whose strains and joys of parenthood and pressures of youth test the power of unconditional love between father and child.
“A Quiet Night in Rangoon” (2011) is set in the militarily dictated and brutally oppressed landscape of Burma, caught between the Saffron Revolution, Nobel Prize winner Aung San Suu Kyi’s release, journalistic crusade and the waveringness of personal beliefs.
“Measure” (2009) treads similar ground into the consequences of human suffering under a Khmer Rouge regime, as did “Answered by Fire” (2007), revolving around two UN volunteers who find themselves in over their heads in the heady and horrifying backdrop of East Timor’s 1999 referendum.

Felino excels in cultural period and diaspora pieces as well, from the Chinese Revolution of “His Mother’s Voice” (2011, 2014) and Indonesian struggle for independence in “Under the Same Sky” (2008) and “Balibo” (2009) to “The Fence” (2013) where the change of Villawood Refugee Hostel into a detention centre has become an explosive mouthpiece for Australian politics. He presides as a judge in “Coup D’etat”, wrapping cultural differences towards Islam, ritual, justice and murder in Malaysia. 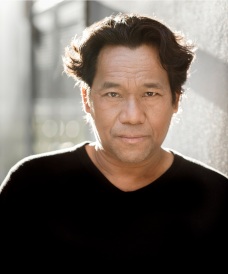 “Mother Fish” (2010) relives the calamitous but inspiring journey of four refugee factory workers fleeing Communist Vietnam by boat in search for a better life whereas Felino as the cleaner at a migrant resource centre has made it his mission to help out other minorities, only to end up tired of them in “Immigrants and Cigarettes” (2012).

But even ethnic material can be lampooned: as isolated ex-Philippine President in “The Elephant in Manila Zoo” (2012) Felino’s relationship with a young visiting nurse signifies a satirical interrogation of Filipino political history and its corrosive effect on the diaspora community. He also draws amusing and poignant vignettes as a Philippine-born Australian in “Aussies of the Magic Mic and Adobo Kind” in 2011 and on linking civil rights to Castro’s assassination attempts in “Havana, Harlem” a year prior, as well as Kylie Minogue-obsessed gang leader Kai Le in the latest TV series “Maximum Choppage”.

With highly charged, audacious expertise and thorough, self-sufficient investment in the truth and empathy of both acting and writing, it is perhaps inevitable that one of the more visible, respectable and award-winning Asian faces in theatre, film and television would hopefully eventually branch out into directing. He has written his first feature length screenplay titled THE GOOD FILIPINO.

“There’s also no question that Felino Dolloso, AKA: Bobo The Hobo steals the show. His ability to make Bobo, or Rafael, which is his “real” name in the film, a real yet totally “not real” and ridiculously happy person, completely blindsided me. The touching moments during those ending segments were the fuel for the fire. Dolloso’s ability to bring such a colorful character to life is the heartbeat of this film. The surprise, dramatic ending cements the viewers suspicions that they are watching a truly talented actor. Excellent job.” – Indyred

I first watched FELINO DOLLOSO in a short film that was directed by Mike Kang about 4 or 5 years ago. His powerful style and character interpretation got stuck in my head . When the first lines of Survive or Die was/ were being scripted , his image took over the face of the main Act.
His professional and mesmerising performance in Survive or Die will be a testament to my conviction that he is truly one of the best in Australia .

“If there is one actor I would love to work with again and again, it would be Felino Dolloso. This guy is world class, top notch.

As we slowly approach the (USA) Release date of November 1st 2020 of Survive or Die feature film, I pray a BIGGER field for you bro.

Your humility, selflessness and professionalism will see you through.

I first worked with Felino Dolloso on my play A Quiet Night in Rangoon for a reading at Parramatta Riverside Theatre, where he was cast as The Major. I was incredibly impressed by his ability to read that character and understand his core in such a short space of time. He brought an emotional truth and vulnerability to the role that really brought out the complexity of the character. So I was thrilled when director Paul Gilchrist was able to secure Felino for our full season at the New Theatre. Felino was incredibly hard-working, generous towards his fellow performers and to me as the writer, and always ready to put himself on the line emotionally and physically to delve further into the heart of the role. His deep connection to the work shined through in his performance, garnering him well-deserved praise. It was an absolute pleasure to work with Felino and I don’t hesitate to recommend him.” – Katie Pollock, Writer 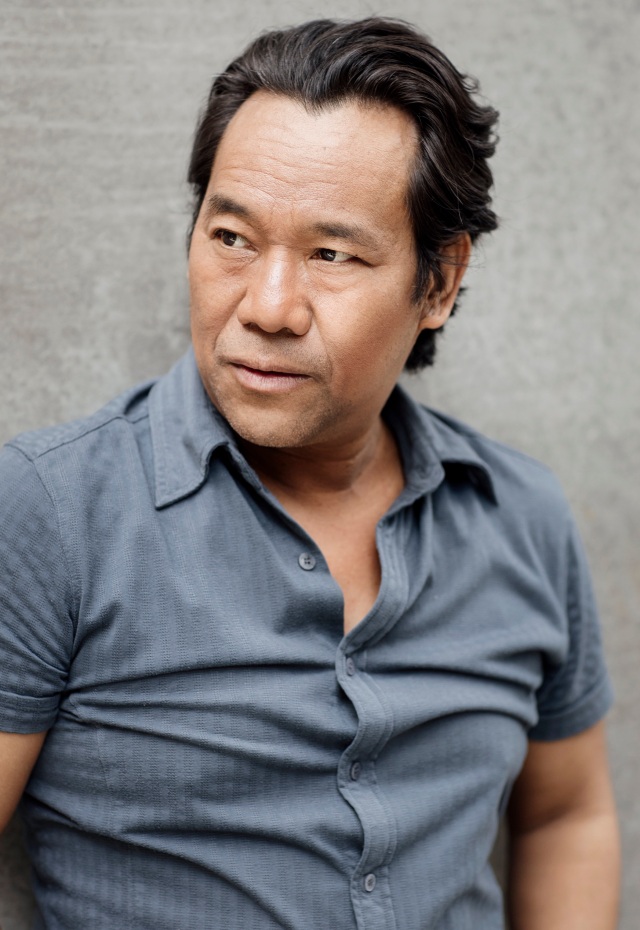 “I have been blown away by his transformative ability. His understanding of story and the solidarity of his performance has made the process extremely exciting. He embodies and connects to the origin of the characters to the point that he is no longer performing rather he is being the character.” – Amin Palangi, Director/Producer

“I’ve employed Felino on numerous occasions & would do so again in a flash. Feline is talented, dedicated & hard working. He is just the sort of actor I want in set. He knows how to get the job done & adds focus & flair to all that he does. I plan to work with him again very soon & I know you’ll feel the same.” – Julie Eckersley, Creative Producer and Writer

“Felino Dolloso’s Major, in particular, is a finely tuned and powerful performance that has the ability to move us and draw us into the emotional complexities of being trapped on the darker side of the struggle for freedom. Indeed as the oppressor it becomes pointedly clear that he too is equally oppressed. Dolloso’s monologues are the high point in this production and indicate an actor of great depth who’s full of exciting promise.” – Helen Barry, Australian Stage

“He is charismatic on the screen, Felino gives a lot as an actor and works quietly and passionately.” – Mike Kang Director

“Felino is an actor who gives the audience a living, breathing,

character out of a script you will either love, hate or fear. But that is nothing to the person he is. He is passionate in his art, dedicated to coaching and supporting others and most of all has total humility in everything he does. A very talented person to work with surpassed only by the truly amazing person that he is.”
– Ferdie and Ging, directors of Her Son,Jose Rizal

“Measure – which takes on the story of a suspected Cambodian Khmer Rouge soldier who is forced to face his past. It’s brimming with depth and realism, thanks to an emotionally charged and vulnerable performance by Felino Dolloso”  – Australian Stage

“I find myself in awe of these people who despite their stellar achievements remain humble and down-to-earth, his great work has been drawing fantastic comments and citations that inevitably he can no longer avoid the spotlight being shone upon him.”
~ Violi Calvert (Journalist) talking about Pinoy actor FELINO DOLLOSO.